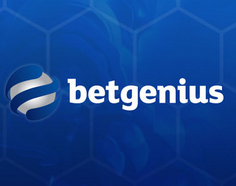 Football-Related Betting Fraud has been revealed throughout the COVID-19 pandemic. Evidence from unnamed sourced indicated that the Ukrainian Football Association staged secretive matches from March 28th to 30th. Illicit data was provided to sportsbooks for an associated cost, allowing the UFA to earn funds during a period that is seeing advertisement contracts cancelled daily. Matches of this nature of typically supported throughout Eastern Europe and called “Ghost Games”, with sportsbooks sometimes providing these matches unexpectedly. It’s estimated that European-established bookmakers allowed for £100k in wagers to be permitted. The implicated Ukrainian Football Teams involved include Berdyansk.

Multiple sportsbooks throughout the European Union supplied coverage over these Ghost Games. This included BetGenius, BetFred, 188Bet, Bwin and numerous others who are remaining confidential. It should be noted that these bookmakers weren’t aware that these matches were illicitly created. Information proving the illegal nature of these matches was revealed on March 29th. Concerns were raised amongst these sportsbooks regarding the reliability of these fixtures.

Security protocols were implemented by these sportsbooks, ensuring that these matches could be authenticated. Visual and Audio Recording was provided over to BetGenius, who’ll be handling all proceedings regarding this situation. Statements released by representatives with BetGenius indicate that matches weren’t played in an official capacity, with coaching staff creating fraudulent games. This could allow these individuals to provide inside details to family members, who could then wager with online bookmakers and make a significant profit. Creating these fraudulent games was possible because supporters aren’t allowed at public venues. Bookmakers couldn’t tell the difference.

Matches for this illicit tournament have now been postponed. The Ukrainian Football Association expressed that these games weren’t permitted and that they never took place. However, all sportsbooks involved with this situation have evidence indicating that the UFA isn’t honest. This wouldn’t be the first that the UFA lied on behalf of their teams and players. BetGenius will be working with the European Football Association to ensure that these teams and the UFA are implicated. Video and audio evidence will be provided, with it being expected that a fast resolution will follow.