Many athletes have rituals they believe that prepares them for the match and have a huge influence on their performance, some say it borders on an obsessive-compulsive disorder and others believe it is a way of forcing out the competition. But several of the top sports stars have already confessed that the habit helps them focus. 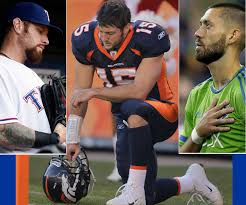 A psychiatrist at the Cooper University Hospital in New Jersey compiled a list of the most bizarre rituals. The list includes Kolo Toure, the soccer star that plays for Arsenal as the central defender, which likes to be the last onto the pitch, this ritual got him to miss the second half in February and at the same time he got a booking for entering without the permission of the referee during the Arsenal – AS Roma European Champions League that ended in a tie.

Psalm 91 is read by Curtis Martin who played in the US National Football League for the New York Jets and then Laurent Blanc, the French defender in the World Cup Soccer in 1998, believed he had to kiss the shaven head of Fabien Barthez, the goalkeeper before the games kick off.

Marshall Faulk known for being part of the St Louis Rams and the Indianapolis Colts believed he had to wear all black once he was on his way to the stadium. The former pitcher of teams including the New York Mets and Chicago Cubs, Turk Wendell was most known for his ritual between the innings of brushing his teeth.

The Boston Red Sox’s former third baseman, Wade Boggs also had a whole list of rituals, he did a few of them at a time and it is not sure which he used to achieve specific goals, but the rituals he did practice before the start of any game was to eat chicken, with no exception and the other was to write the Chai, which is Hebrew, it means living and he wrote the word in the dirt before each bat.

Another sports star that had more than just one ritual was the cricketer from South Africa by the name of Neil McKenzie, before a match he taped his bat to the ceiling and then walked through the dressing room to ensure his demand for all toilet seats to be down was met, only then he would go out to bat. McKenzie was dropped in 2004 from the national side and only afterwards recovered from what was found to be OCD. He returned as an opening batsman in 2008 and enjoyed great success.

Michael Jordan needs no introduction as everyone knows the basketball superstar, his ritual was to wear his North Carolina college shorts under the uniform of the Chicago Bulls.

Another superstar is David Beckham, this soccer star from England admitted from the start that he suffered from OCD, which explained the obsessive practice of his prowess free kicks. He absolutely hates odd numbers and throws away one can of diet Pepsi should there be three in his fridge.