According to science mankind has mainly due to our natural curiosity, high levels of adaptability, and intelligence risen from near the bottom of the food chain to the very top. Not too many discussions and studies ever mention or consider the effects of our extremely competitive nature on our rise. One could easily state gambling as one of mankind’s oldest activities since people have taken bets since the dawn of time on who would be the first to bring home food, beat others in a foot race, or hit a target with a weapon of some sort.

Some peoples have over time due to a cultural heritage, sociology-economic reasons, and numerous other factors shown a greater predilection for engaging in gambling related activities. According to statistics people in the following countries have taken to it like ducks take to water. 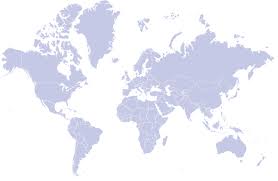 Punters and players from the United Kingdom have distinguished themselves as world-leaders in terms of the having the largest number of residents actively involved in gambling of all countries world-wide. According to studies by English researcher Mark D. Griffiths, a specialist in the field of behavioral sciences, focused on matters gambling related where statistics revealed Great Britain to contain the world’s highest percentage of players under 21 years of age, while figures also show 65% of all the country’s adults gamble actively.

Both sports betting and lotteries have become forms of traditional entertainment in Britain. Involving children in various gambling formats during their most impressionable early formative years. Initially participating while simply playing with their parents and elders, creating in them a fixation that strongly encourages later gambling.

Australians have similar to their British counterparts also shown a very definite penchant to regularly engage in gambling related activities. According to 2016 statistics, Aussies recorded a AU$990 gambling loss per resident which takes them to first position world-wide in this category.

Poker machines have proven themselves as the country’s most popular gambling format, with the locals seeing a greater dispersal of these gambling machines than anywhere else on the planet. Statistics will soon show a reversal of fortunes, with Australia set to take a backseat in the global gaming market since most forms of gambling have become subject to blanket ban country-wide.

Macau have become one of the world’s gambling meccas, with its gambling industry generating over US$21 billion annually. In contrast to mainland China, Macau offers the opportunity to visit and play in foreign casinos. Subsequently, two-thirds of the country’s gambling income is derived from VIP players inhabiting mainland China. However, authorities struggle to combat this trend since mainland China shows a growing number of problem gamblers among teenagers and children.